Celebration of Excellence in Performance by the Rural Schools 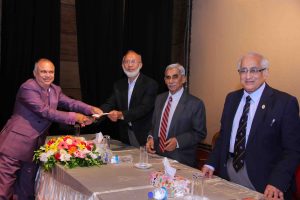 VAB celebrated the Excellence in performance of the rural high schools in Bangladesh in an Award Ceremony on November 25 at 7.00 PM at the auditorium of Bangladesh Bank Training Academy in Mirpur, Dhaka. The Chief Guest was the Governor of Bangladesh Bank, Mr. Fazle Kabir and the ceremony was presided over by Professor Jamilur Reza Chowdhury. Mr. Chowdhury Mufad Ahmed, Additional Secretary, Ministry of Education, Government of Bangladesh was present. Mr. Choudhury holds the responsibility of secondary education in the ministry. The foyer and the lounge were tastefully and comprehensively decorated with festoons and placard of VAB and its work. While taking a walk in the lounge, the Country Director explained the VAB Model going through a large poster. The poster contained photographs of VAB programs in all the four categories and highlighted the English and computer literacy program.

The Country Director explained how VAB brings in and empowers and engages the primary stakeholders in the quality education program. The Governor was visibly impressed with the VAB approach and methodology and considered this to be the right way to get results. The Country Director stated that the three capstone projects for VAB in the immediate future will be: English skill, Computer skill and Citizenship skill. The citizenship program will be spearheaded by the Student Club program of VAB. He mentioned that already three remote schools in the villages attained 100% computer literacy. In one school, even the Ayah participated in the test with students and secured 94% marks in the qualifying test for skill in word, excel and power point. 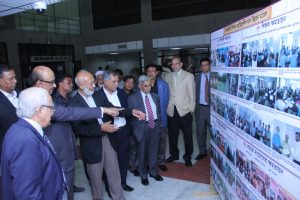 The Award event started with recitation from the Quran, the recitation being done by Mr. S. M. Hafizur Rahman, Headmaster of Bhurulia Nagbati High School of Shyamnagar. It was followed by presentation of a video on VAB and its work and then by welcome addresses by the Country Director, Professor Jasimuz Zaman, VAB Trust Chairman, Dr. Haroonur Rashid and Ms. Pamelia Khaled, Founder and President of VAB Canada.

Professor Jasimuz Zaman brought into focus the hidden potential for quality education in the rural schools and called for joining the quality drive with VAB. He enumerated the different ways one can come forward. 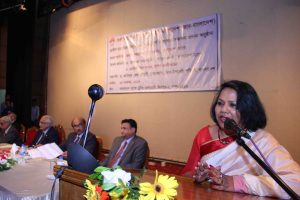 Dr. Haroonur Rashid pointed out the need for funds for the annual program and also for endowment to provide sustainability of the program. Ms. Pamelia Khaled made a splash with the announcement of contribution herself and from her friends.
The meeting then heard the message from the Founder and President of VAB.
The awards were given away by the Governor of Bangladesh Bank along with the VAB Chairman, Professor Jamilur Reza Choudhury, VAB Trust Chairman, Dr. Haroonur Rashid, Mr. Neaz Ahmed, VAB Board member and Professor Jasimuz Zaman, VAB Country Director.
Awards were given for schools and individuals in eight different categories based on performance with documentary evidence and experience of VAB in the field. 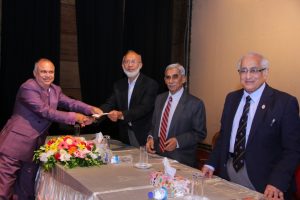 Award of appreciation was given to Mr. Abul Kalam Azad for his passion and commitment to steer the Computer Literacy Program and to Shagrika Rani, Aya of Sunderban Girls High School for her brilliant performance in computer literacy test.
The Table below gives the breakdown of awards received. On the whole, Ponchopukur High School stood out on the top. Among the students, Lubna Akter Moon was the most outstanding student. Md. Nasim Ali from Kanthalbari touched the heart of the audience while narrating his life of struggle against odds.

Four schools, Palashbari and Ponchopukur in Nilphamari Sadar Upazila in Nilphamari district, Barandali in Keshobpur Upazila in Jessore and Dayamoyee in Nageswari Upazila of Kurigram obtained awards in different categories. These schools had been supported by Bangladesh Bank for the last two years. 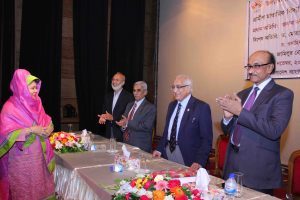 Shapahar Dangapara High School did an excellent job in the Employable Skills program under the vocational stream and was supported by Nabarun Welfare Trust.
Islami Academy High School was recognized as a high performing school and had been supported by American and Efird for the last three years.
VAB offered its appreciation and gratitude to the sponsors – Bangladesh Bank, Nabarun Welfare Trust and American & Efird for their support.
VAB expressed its gratitude for the active support of Mr. Amin Rahman of Rotary Club of Wheelers Hill in Australia and to his Club for helping us spearhead the English pronunciation and English drive. 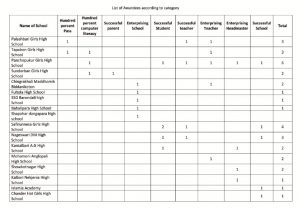 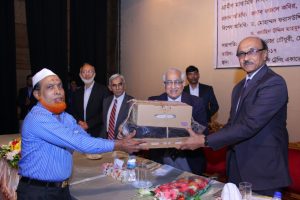 At the end of the award, VAB announced the distribution of a lap top and a projector to nine schools. One set was handed over to the Bhurulia High School by the Chief Guest. The facility has been provided for the use of the student clubs. The schools will make the facility available to the Club executive committee members beyond school hours, on weekends, holidays and vacation.
Mr. Abul Kalam Rafiquzzaman, Upazila Education Official of Shyanagar, Satkhira commended VAB for the program VAB has been conducting in his area of operation. Mr. Chowdhury Mufad Ahmed, Additional Secretary, Government of Bangladesh, in his address, said that no other NGO in Bangladesh work with a model as the guiding instrument. He expressed great appreciation of the Model approach used by VAB. He expressed a desire to visit some of the schools to assess firsthand how the model impacted the schools. He even said he could come to VAB office when I made a suggestion to give us an opportunity to see him for an hour at his office. He mentioned about upcoming programs in secondary education. And some of those appeared to be not far from what VAB is trying to do. There was great appreciation for Dr. Rahman and others who set up VAB and for Pamelia Khaled and her group in Toronto for setting up VAB-C. The Governor of Bangladesh Bank was very appreciative of the VAB Model. 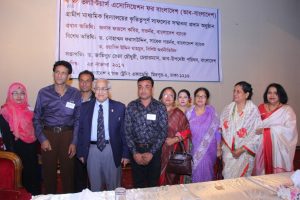 He thought it was exceptional that VAB brought into focus the empowerment of all the stakeholders and he thanked VAB for such an inclusive approach. He enumerated some of the elements of VAB Model in the four categories and drew the attention of the audience of their importance. While giving scholarship is very important and desirable, everyone must come forward to undertake the measures needed to improve the quality of education imparted by the schools. He said that he would be advising the MDs to donate for quality education and entrusted Mr. Neaz Ahmed with the task of follow up. The banks provide fund for scholarship and no doubt that is important. But part of the CSR fund for education should be directed to quality improvement. He also stated that he would like see that the banks spend 30% of their CSR expenditure to education. He announced that Bangladesh Bank would substantially increase its contribution to the implementation of VAB Model in a larger number of schools.
Mr. Chowdhury Mufad Ahmed, Additional Secretary, Government of Bangladesh, delivering his speech in the event. 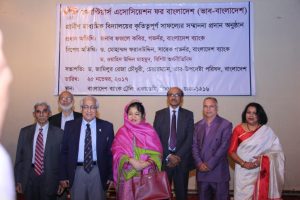 Mr. Fazle Kabir, Governor of Bangladesh Bank, the Chief Guest, addressing in the event.
Professor Jamilur Reza Choudhury, Chairman of VAB Board, in his closing address pointed to the need for human resources development for business and industry. He mentioned that there will be large groups of teenagers seeking secondary education during the next decade. A good quality secondary education is a prerequisite for the supply of semi-skilled, skilled and professional manpower that the business needs for efficient and competitive growth in the twenty first century. The rural schools that cater the educational needs of nearly 70% of our kids should be supported actively through programs like developed by VAB implemented with well-defined outcomes in quality education. 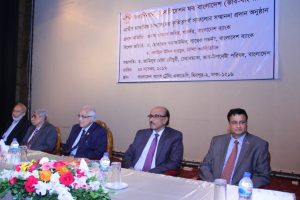 Mr. Neaz Ahmed, Member of VAB Board, offered vote of thanks to the Chief Guest and recipients of the awards. On behalf of VAB, he thanked the officials and staff of Bangladesh Bank Training Academy for their diligence in running the event smoothly and for providing high quality catering services for the event. He expressed admiration and thanks to the VAB staff and volunteers for their dedication to make this award event a success. The program ended with a photo session followed by dinner.